As 2018 dawns and the LNG world turns its attention to the supposed short-term supply glut, it is useful to pause and look back on what happened to LNG demand in 2017. Using provisional figures for full-year imports, Gas Strategies has compiled a summary of market movements. 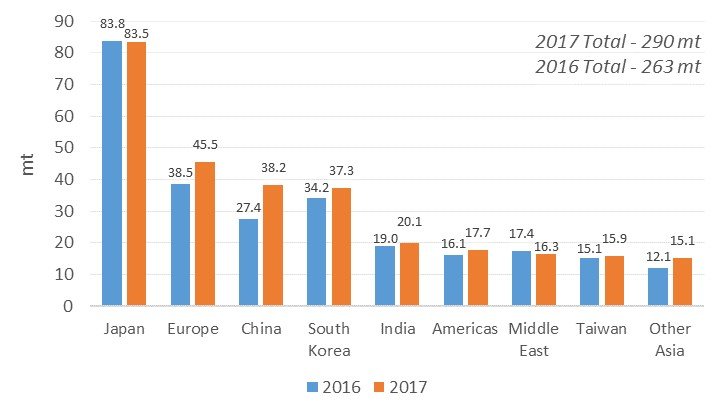 In China, the policy drivers for cleaner energy are now supported by action, with more than 3 million new residential gas connections in 2017. The environmental statistics are validating the gasification efforts – PM2.5, a key pollution indicator, dropped by 33% overall in Q4 2017 compared to the same time in 2016 across 27 major cities in central China. The increase in gas demand was such that infrastructure constraints led to gas shortages in some parts of the country. This was evidenced by CNOOC hiring a convoy of 100 trucks to ship LNG 2,400 km from Southern China to colder Northern cities. CNPC is forecasting a further 10% growth in gas consumption in 2018.

Turning the focus to Japan, demand was up over the first half of 2017, particularly in January and February. Over the course of the rest of the year, however, demand remained below 2016 levels, impacted by the mid-year start-up of the Takahama 3 and 4 nuclear reactors. Even without further nuclear restarts LNG demand in the world’s biggest market could decline right at the time that LNG supply is significantly increasing.

In Europe, the increased demand came primarily in southern markets (Italy, Spain and Portugal). The increase in imports was demand rather than LNG supply driven, with this being evidenced by the fact Russian pipeline imports to Europe achieved a record level in 2017 (191 bcm) and European gas demand overall was up ~9%. Drivers for increased demand included increasing price competitiveness of gas over coal for power, the reduced hydro output in Spain and extended maintenance outages in the French nuclear sector.

As reported in Gas Strategies 2018 LNG Outlook there could be up to 37mt of additional supply coming online in 2018 and concerns remain of a supply glut (accompanied by lower pricing). Turning our attention to this year (and beyond):

If you would like more information about how Gas Strategies can help your business with Consulting services across the value chain or provide industry insight with regular news, features and analysis through Information Services or help with people development through Training services, please contact us directly.

The power of questioning: Navigating a world without answers

With gas and LNG now in the grip of the fallout from a price collapse caused by an unprecedented reduction in global demand, new and critical questions have pushed their way to the fore: Where is the bottom? What will the ‘next day’ look like? What shape will recovery take? 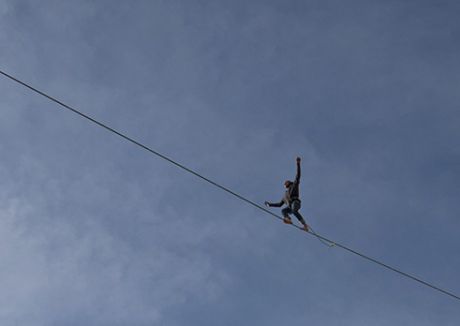 In our recent LNG infrastructure transaction work, one question has come up more than any other from investors - “how should we think about decarbonisation?”.