The East Mediterranean Gas Pipeline is, without a doubt, an impressive project. The plan is for it to connect Israel, Cyprus and Crete with mainland Greece, where the IGI interconnector will link it to Italy. With compression on Cyprus and Crete, it will also have the ability to add to or offtake gas along the way.

But export of gas from the Eastern Mediterranean is a particularly thorny area.

The region has seen significant resources discovered in the past decade, such as Tamar and Leviathan in Israel, Aphrodite in Cyprus and Zohr in Egypt, but there are multiple conflicting demands and pressures. They count among them the need to supply the local market, uncertainly over the capacity of existing infrastructure, regional political constraints and, finally, the need to accommodate future exploration discoveries.

So, what is the business case for the EastMed pipeline?

Justifications include the ability to off-take and supply gas at multiple locations along the line, energy security and a geopolitical desire to tie together countries in mutually beneficial projects. No wonder the EU is interested in its becoming reality. 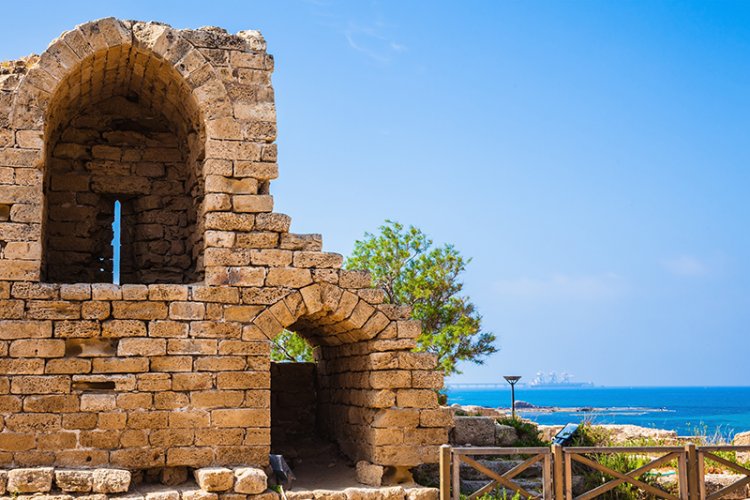 Capital costs will remain a big driver – and the potential to utilise spare capacity in existing LNG facilities in Egypt, assuming political and commerical issues can be overcome, creates a significant advantage for LNG.

In addition, the costs of mega-projects have a habit of increasing and there are some tough issues around all intergovernmental agreements – the division of costs, revenues and tax receipts/reliefs to be negotiated. Undoubtedly, this would be a mammoth task for the region to overcome.

With all this in mind, it is not surprising that grand pipeline schemes often don’t get built.  Examples of pipeline plans that have not come to fruition – and it’s doubtful they ever will – include the Iran-Iraq-Syria gas pipeline and the Basra-Aqaba line. As Amani Al-Azzam, secretary general of Jordan’s energy ministry, said in an LNG Business Review interview in January, “political relations sometimes affect the pipeline process”.

There are exceptions, of course.

A system in the region that did get built as planned was the Baku-Tbilisi-Ceyhan (BCT) oil pipeline – a good example of a pipeline driven by politics and security of supply.

BCT was competing with proposed expansion projects and thus was difficult to negotiate and expensive, but is now an important fixture in global oil infrastructure.

There are also examples of pipelines successfully operating in parallel with other offtake routes – for example, the long history of concurrent operation of LNG and gas pipelines from Algeria.  LNG provides access to a greater range of markets and the volumes of gas in Algeria were sufficient to force a diversification of outlets.

There is possibility that the EastMed pipeline will operate in parallel with other export/import routes.  Israel is already planning to export gas to Jordan and supplying gas for LNG outside of Israel may resurface.

The pipelines from Egypt to Israel and Jordan, and on from Jordan to Syria, are an interesting case study of infrastructure where the role has evolved.

Originally intended to provide a link for exporting Egyptian gas, the system has been sabotaged so many times, it can be discounted as a reliable source of supply.

After a period being empty, the Jordan leg is now the route for regasified LNG from Aqaba, and proving to be a valuable piece of infrastructure.

The encouragement here is that pipelines may have an additional value attached, which alternative infrastructure does not.

Pipelines can have particularly long lives if carefully operated.  Discounted cash flow techniques diminish this value, but companies sitting on fully-depreciated assets that are still delivering a steady and low risk revenue stream understand these benefits.

The Middle East is littered with defunct pipelines: the best will in the world will not bring the Kirkuk to Haifa line back to life, and its eerie pump-stations deep in the Jordanian desert are like 20th century ghost towns.

But back to economics.

With pipelines, politics can hinder your development and only help you so far.  The question is whether there the prospect of sufficient gas to underpin a 12-15 Bcm line across the Mediterranean at a competitive price?

Probably not yet. Or at least not enough to keep the line full for a significant proportion of its operating life.

The Domestic Market Obligation in Israel – a substantial 60% – may also stand in the way, although the Leviathan partners have procured additional export permits in the sale of other gas assets.

The budding wild card is Cyprus, with potential multiple Zohr like discoveries lying it its waters, and if political considerations can be overcome, there may be a large supply of gas.

It would be a bold investment to commit to a pipeline without this additional exploration success, but that may come quickly. As has been shown by Zohr, rapid development may follow.

Ultimately, whether the EastMed pipeline materialises will not be decided by pure economics, but alongside the politics of this ancient region.  And it may take a long time to pay back, but pipelines do have a habit of having a twist at the end of their tale.

If you would like more information about how Gas Strategies can help your business with Consulting services across the value chain or provide industry insight with regular news, features and analysis through Information Services or help with people development through Training services, please contact us directly.