UK’s NBP soared 14.3% to USD 44.20/MMBtu – its highest level since mid-September – while the TTF benchmark saw a 7.2% day-on-day surge to USD 44.28/MMBtu. The gap between the two European benchmarks has narrowed to just 8 cents, as a wave of freezing temperatures swooped the continent.

Wednesday saw the start of flows via the subsea Baltic Pipe, running from Norway through Denmark to Poland, but even that did not stop European benchmark prices from surging to multi-month records.

At the same time, the JKM marker breached the USD 30/MMBtu threshold further, by gaining 9.2% day on day on Wednesday, settling at USD 33.31/MMBtu. The last time JKM was trading above USD 30 was in October.

The US’ Henry Hub benchmark fell 4.2% to USD 6.93/MMBtu. According to reports, the weakness was driven by forecasts of slightly less cold weather than previously expected.

Oil prices settled up on Wednesday on signs of tighter supply, a weaker dollar and optimism over a Chinese demand recovery, according to Reuters. Brent crude futures settled up 2.9% to USD 85.43/barrel, while WTI crude futures rose 3% to USD 80.55/barrel. 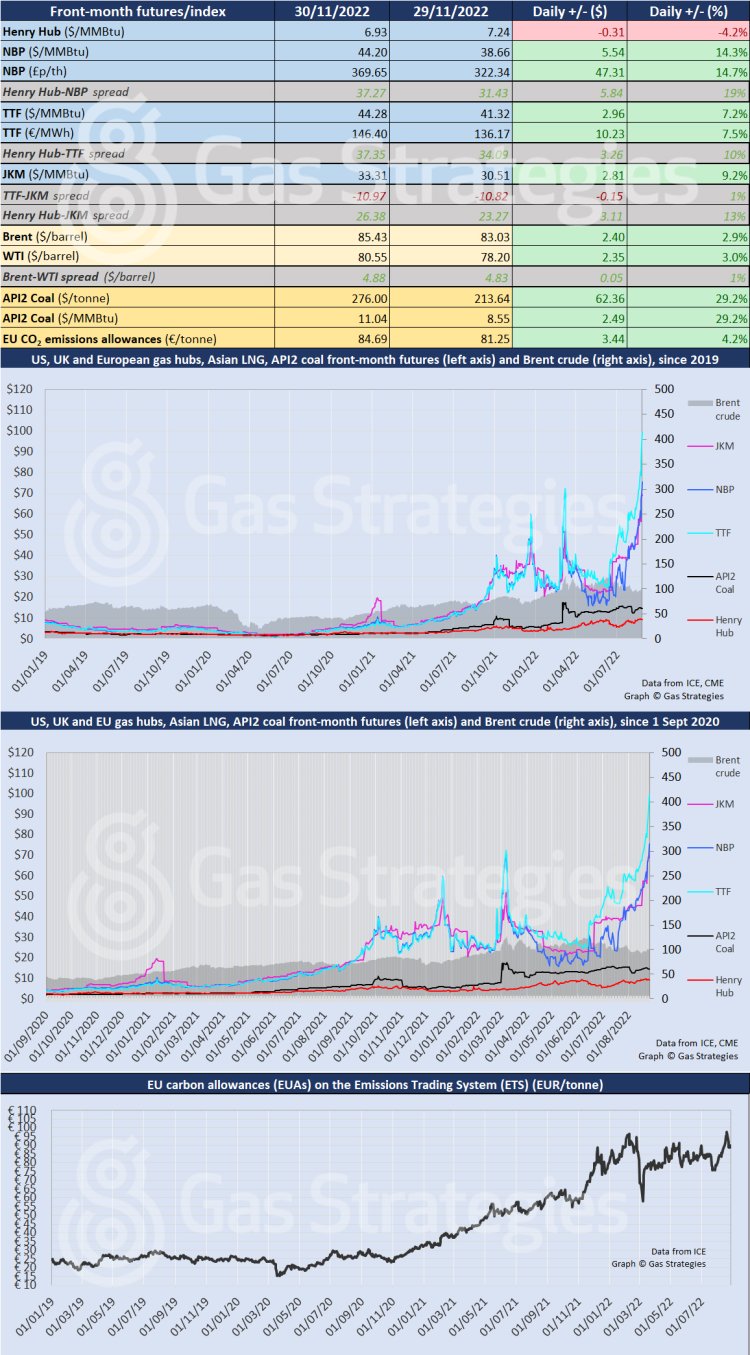