The November-dated TTF and NBP contracts rallied by over 9%, with the UK gas benchmark closing at the equivalent of USD 35.25/MMBtu – USD 0.54/MMBtu higher than the Dutch marker.

Ongoing uncertainty over the level of gas exports from Russia to Europe over the coming months has helped lift gas prices in Europe this week.

The rally saw TTF and NBP settle higher than JKM, which recorded a 0.6% gain to close at USD 33.31/MMBtu.

The rally helped push the European carbon price above EUR 60/tonne for the first time in five days.

In the US, Henry Hub rallied for a third consecutive day, closing 1.7% higher at USD 5.69/MMBtu. Forecasts for cooler weather and a lower than expected injection into US gas storage supported the US gas benchmark.

On Thursday the Energy Information Administration (EIA) reported that US gas storage levels increased by 81 Bcf for the week ending 8 October – lower than the 84-97 Bcf injection expected by analysts polled by Bloomberg. 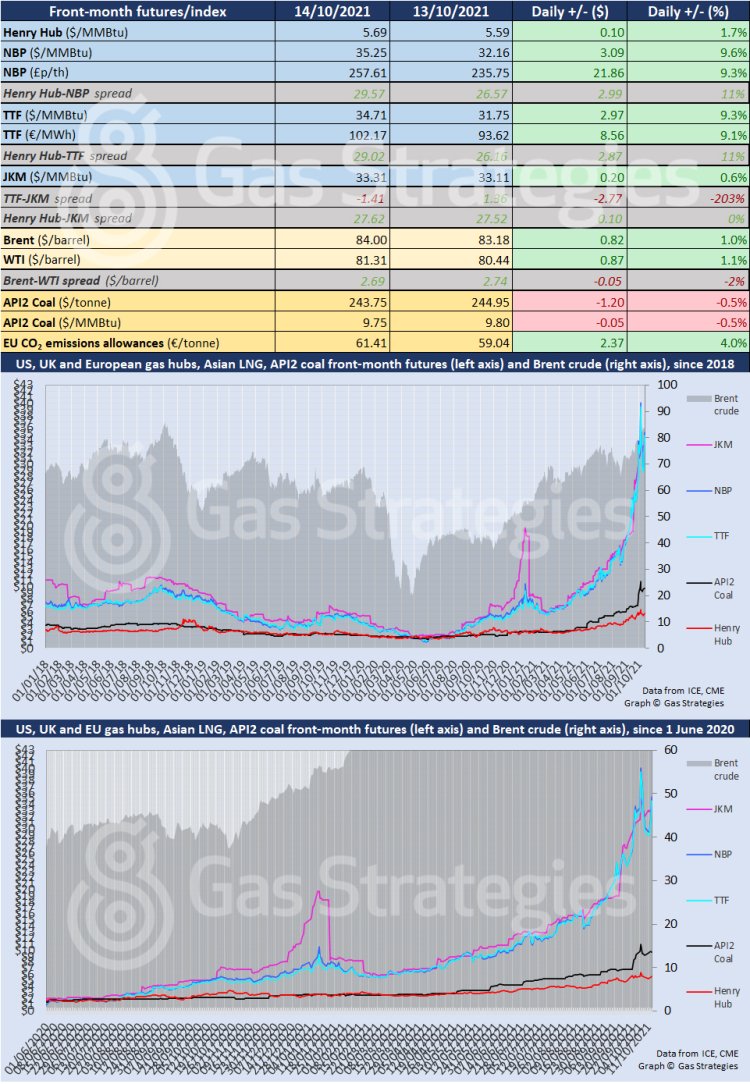