European gas prices soared on Tuesday after the German regulator announced it has suspended certification of the Nord Stream 2 pipeline.

The front-month TTF and NBP contracts closed ~17% higher day-on-day on Tuesday. The UK gas benchmark settled at the equivalent of USD 32.22/MMBtu, USD 0.93/MMBtu higher than the Dutch marker.

European gas prices surged to their highest since 20 October after Bundesnetzagentur – the German energy regulator – announced on Tuesday that it has temporarily suspended the procedure to certify Gazprom’s Swiss holding company Nord Stream AG as an independent transmission operator (ITO).

The ruling means the 55 Bcm/year capacity pipeline linking Russia and Germany is unlikely to achieve first flows this winter.

The European carbon price hit a fresh record high on the back of strengthening gas prices. The November-dated contract closed 2.5% higher at EUR 67.54/MMBtu.

Across the pond, US gas benchmark continued to climb, closing 3.2% higher at USD 5.18/MMBtu. 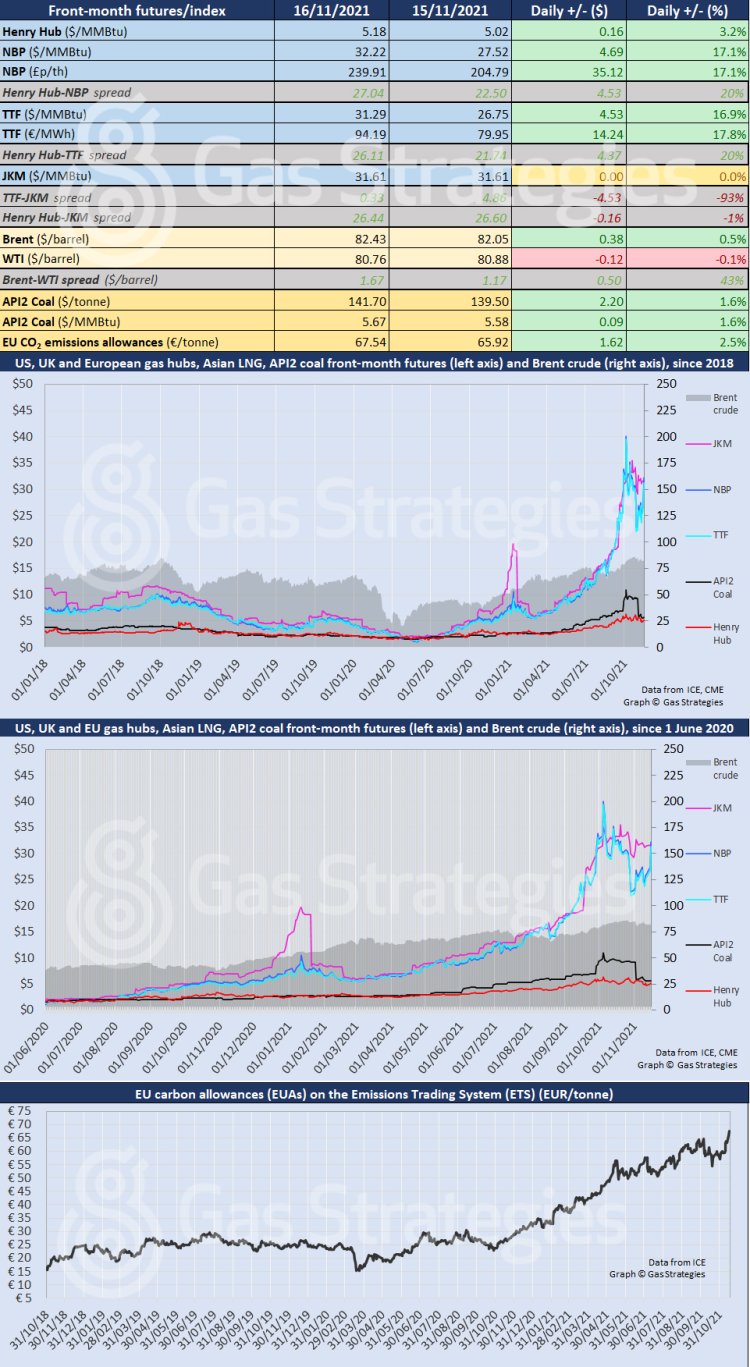