European gas benchmarks TTF and NBP dipped for the first time in three days on Wednesday, with strong wind power production and recovering pipeline flows from Norway offsetting forecasts of colder weather in the coming days.

The front-month TTF and NBP contracts fell 8% and 9.8% respectively on Wednesday. The Dutch marker closed at the equivalent of USD 34.7/MMBtu, with NBP settling at USD 32.06/MMBtu.

The dip came after strong gains over the first two days of this week – amid forecasts of colder weather – with strong wind power production and an uptick in Norwegian flows offsetting concerns of rising demand due to the impending cold snap across much of Europe.

While European gas prices dipped, US gas benchmark Henry Hub continued to rally, closing 2.8% higher at USD 6.2/MMBtu. Expectations of colder weather across the US north-east has pushed prices higher in recent days, with the rally coming despite reports suggesting Freeport LNG is unlikely to resume operations this month. Freeport released a report into the 8 June fire at the facility on Tuesday and did not provide a date for a restart.

The US LNG player had previously said it expects to restart operations in mid-November. On Wednesday LNG carriers that had been waiting near the Freeport facility turned away, with one heading to Corpus Christi and the another heading for Gibraltar, according to ship tracking data. 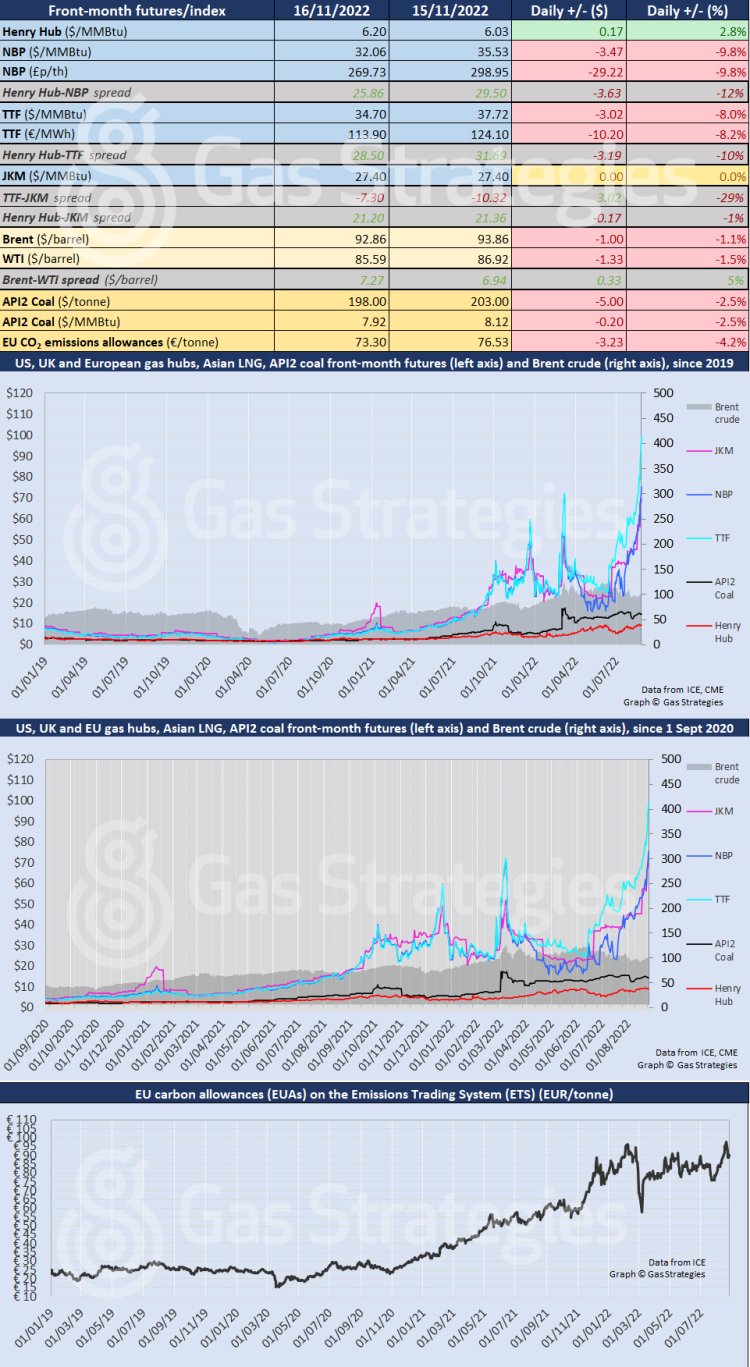