European gas prices surged after the results of the latest monthly capacity auctions were revealed on Monday morning, however prices plunged in the afternoon as forecasts for mild weather and increased wind power generation across much of Europe outweighed the auction result.

Some market observers had thought Gazprom may book additional capacity via Poland after Russian President Vladimir Putin announced earlier this month that Russia was ready to help stabilise the energy market. Some interpreted this as meaning Gazprom would increase gas exports to Europe.

However, Gazprom is yet to increase flows, with the firm’s Switzerland-based holding company announcing on Monday that the first string of the Nord Stream 2 pipeline has been filled with “technical gas”.

Following the auction result, the CEO of Gas Transmission System Operator of Ukraine (GTSO), Sergiy Makogon, said he does not believe there will be any increase in gas supplies from Russia to the EU.

“Given that our offer of additional transit capacities has been snubbed for the third time (Sep, Oct, now Nov auctions), we are not expecting the situation to change. If Gazprom continues to underutilize the capacity it has already reserved from Gas TSO of Ukraine, the EU will receive 5 bcm less than what is expected (by the end of the heating season 2021-2022),” Makogon said on LinkedIn.

“Contrary to the statements by the Russian officials, we do not see any increase in gas supplies from Russia to the EU. Gazprom's statements about filling the first branch of #NordStream2 with gas are a direct hint that Europe can only get additional volumes through this geopolitically untenable pipeline, which is categorically opposed by the majority of the European Member States. Blackmail continues,” Makogon added.

The November-dated TTF and NBP contracts settled 0.3% and 1.3% higher respectively, with the UK gas benchmark closing at the equivalent of USD 32.65/MMBtu – USD 0.73/MMBtu higher than the Dutch marker.

The European carbon price fell to a four-day low after settling 1.5% lower at EUR 58.53/tonne. 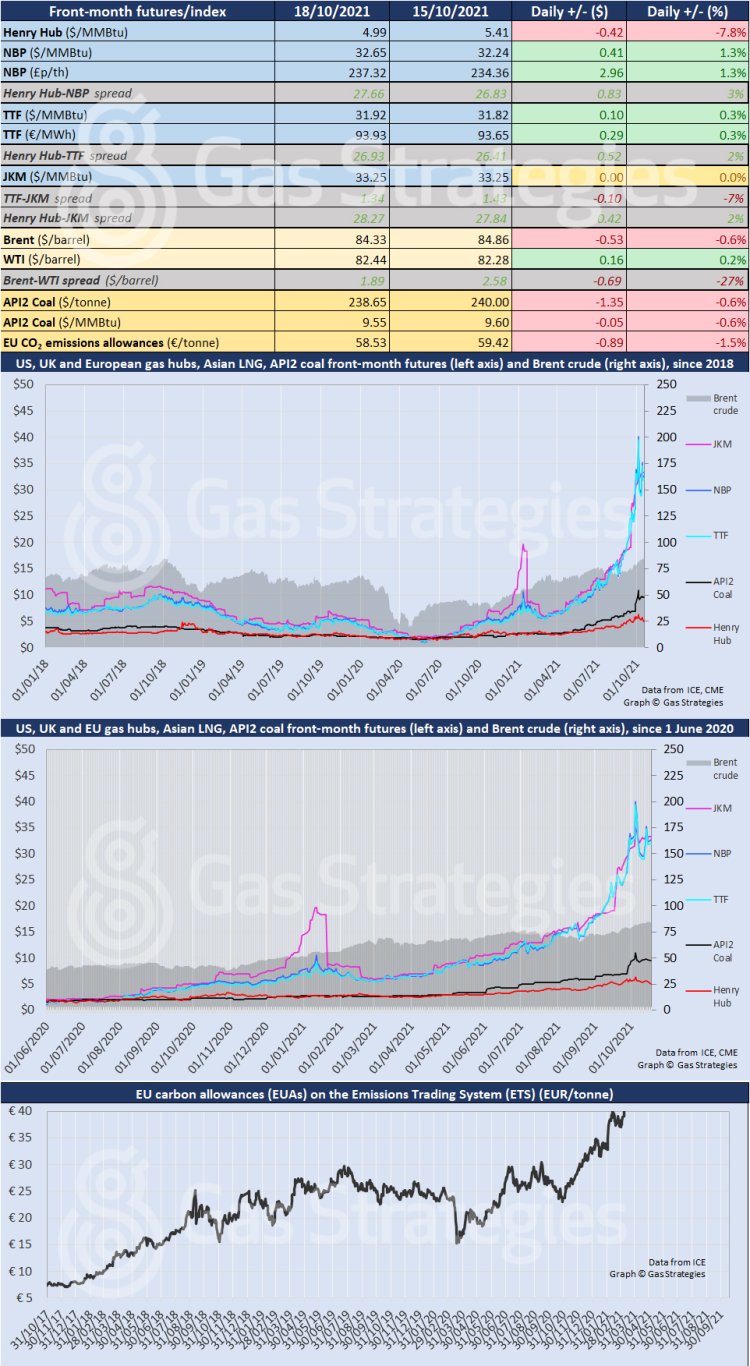