The European carbon price fell by 6.9% on Tuesday to close at its lowest since 20 August, with the slump in part prompted by sliding European gas and coal prices.

The October-dated EUA contract settled in the EUR 54/tonne range for the first time since August.

Slumping gas and coal prices weighed on the carbon price, with TTF and NBP falling amid forecasts for mild weather and increasing wind power generation.

The November-dated TTF and NBP contracts fell by 3.9% and 4.5% respectively on Tuesday, with the UK gas benchmark closing at the equivalent of USD 31.19/MMBtu – USD 0.53/MMBtu higher than the Dutch marker.

Asian LNG marker JKM remained unchanged, with JKM’s premium over TTF widening to USD 2.59/MMBtu after the loss by the Dutch gas benchmark.

As for crude, Brent hit a fresh three-year high after closing at USD 85.08/barrel. WTI remained unchanged as the November contract rolled over to December. 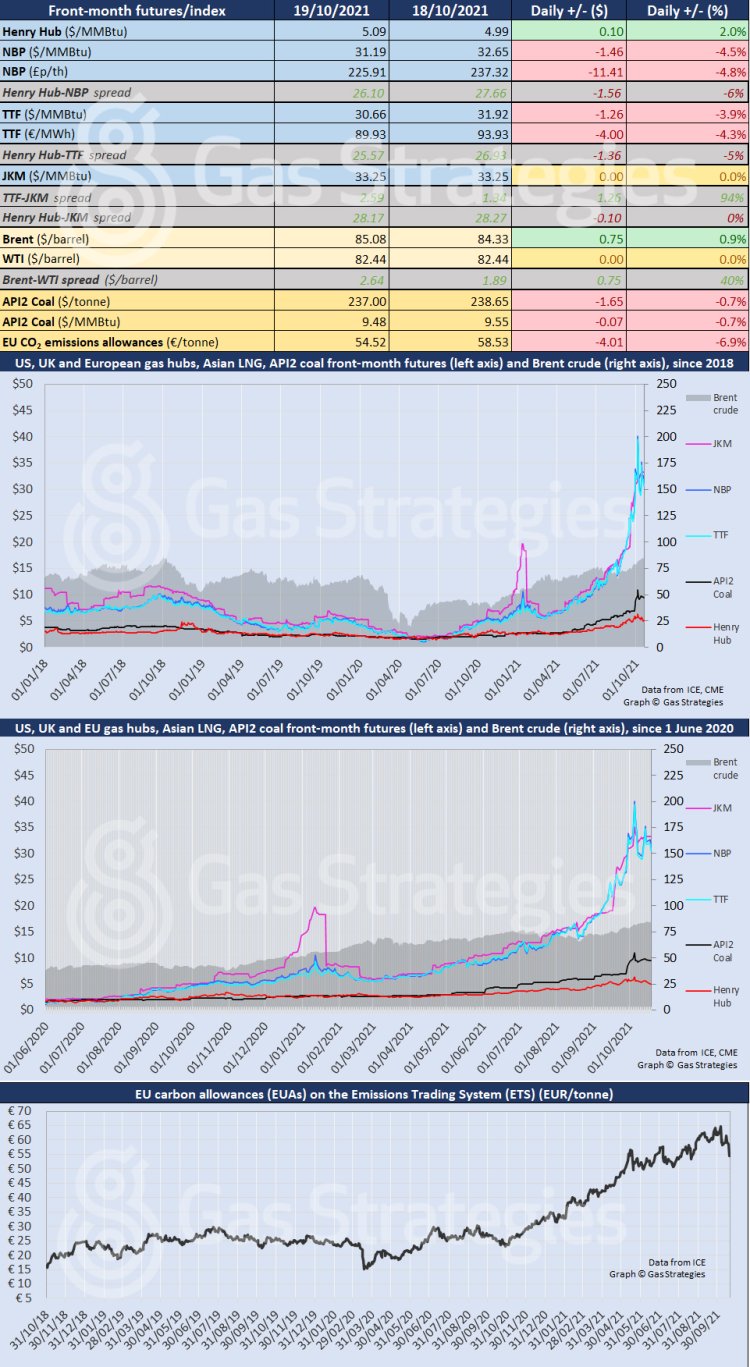