European futures reversed the downward trend and returned to growth on Tuesday, boosted by fresh threats from Gazprom to cut supplies via the Ukraine route and the EU mulling a price cap on the Dutch TTF marker.

EU Commissioner for energy Kadri Simson has yesterday proposed a cap on the Dutch natural gas benchmark, set at EUR 275/MWh and will be enacted when that price is breached for two consecutive weeks.

The rises were, however, softened by strong winds throughout much of Europe which boosted power generation. According to WindEurope, the share of wind energy in electricity demand on Tuesday reached 22.4% from 18.1% the day prior.

In addition, Gazprom has threatened to cut a portion of gas it supplies via Ukraine – one of the last functioning  gas supply routes to Europe. The Russian gas giant has accused Ukraine of holding on to the gas meant for Moldova and has threatened from to cut supplies from 28 November if those imbalances remain.

In oil, Brent saw a rise of 1% to USD 88.36/barrel, while WTI increased by 1.5% to USD 80.95/barrel. The rise was facilitated by the EU announcing it would add a 45-day transition period  to the introduction of the price cap on Russian oil exports. 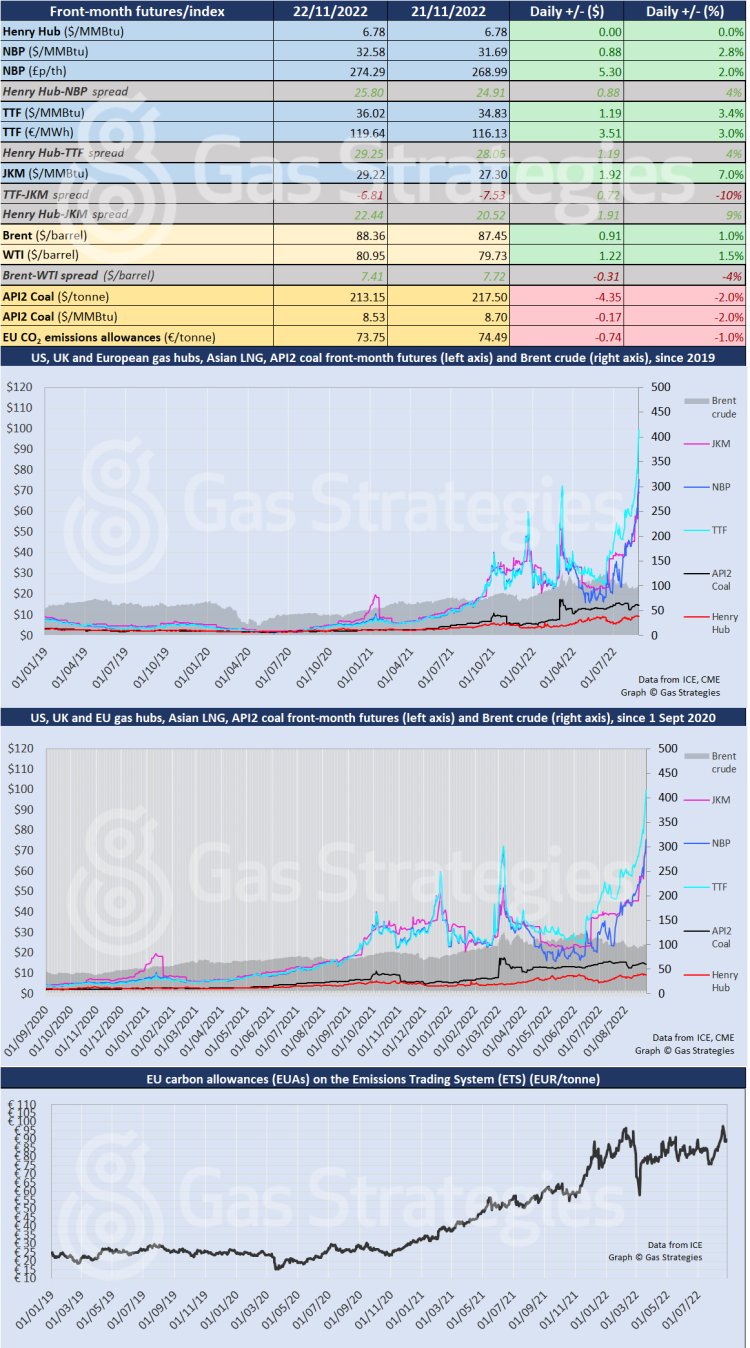