Oil prices climbed on Tuesday after the US announced it and several other large crude consuming nations will release millions of barrels of oil from strategic reserves over the coming months. The Biden administration hopes the release will help tame rising petroleum prices, however some market observers suggest the move could provoke OPEC and its allies to lower production quotas in a bid to prop up oil prices.

The front-month Brent contract closed above USD 80/barrel for the first time in three days after rallying by 3.3% on Tuesday to close at USD 82.31/barrel. WTI closed 2.3% higher at USD 78.5/barrel.

Crude prices rallied after the US announced that it – in coordination with Britain, China, India, Japan and South Korea – will release millions of barrels of crude from strategic reserves.

The move comes after OPEC ignored the Biden administration's calls for the crude cartel to boost production further in order to tame prices.

For context, the release approved by the Biden administration will be the largest in US history, however the volume is only equivalent to just over two days’ worth of US consumption.

Some market observers said the draw on strategic stocks is likely to fail to tame rising prices, pointing to the limited volumes draw and the fact that the move may in turn see OPEC+ lower production going forward in a bid to prop up prices.

As for gas, prices in Europe recorded strong gains amid a cold snap gripping much of the continent.

The front-month TTF and NBP contracts closed 8.3% higher on Tuesday, with the UK marker settling at the equivalent of USD 30.66/MMBtu and TTF closing at USD 30.02/MMBtu. 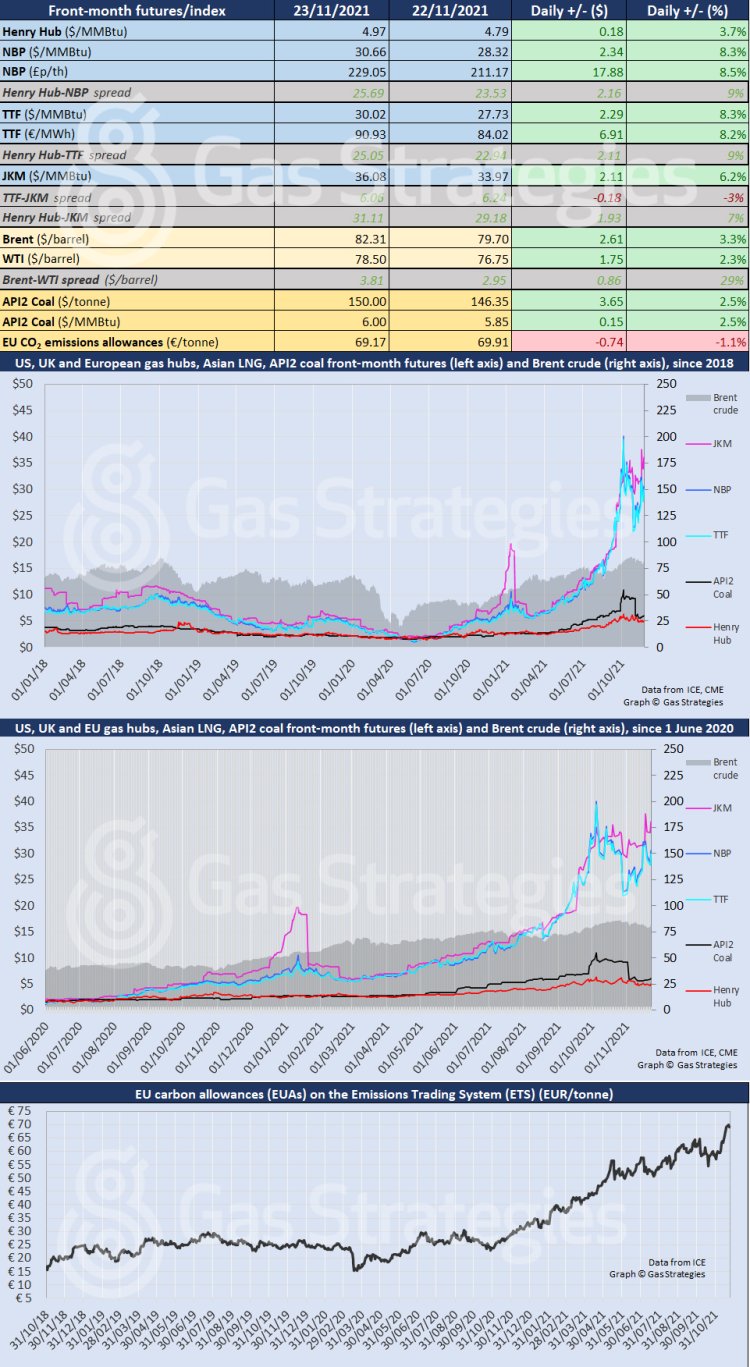