The UK market NBP posted an 11.5% day-on-day gain on Wednesday to USD 36.31/MMBtu, while the Dutch benchmark saw a 9.3% surge to USD 39.36/MMBtu. Both prices have reached their highest level since October this year.

The European Commission’s proposal to discuss and introduce a EUR 275/MWh cap on the Dutch natural gas benchmark under several conditions has been met with criticism from some EU member states. Anna Moskwa, Polish climate and environment minister has called the proposal “a joke”, saying that the price proposed is higher than today’s market prices, Reuters reported.

Meanwhile, Asia’s LNG spot price JKM rallied to its highest level in a month – surging by 6.5% to USD 31.12/MMBtu – on concerns of disruptions to production and the arrival of colder weather in key markets that would tighten global supply, according to Bloomberg.

An ongoing outage at Freeport LNG, and forecasts of cold snaps in Europe are seen boosting global competition for LNG and potentially curbing shipments to Asia, the traders said.

Over the pond, US natural gas prices have also surged, breaking their two-month record on Wednesday, with front-month Henry Hub settling at USD 7.3/MMBtu, up 7.8% day on day. According to reports, the prices were boosted by renewed threats of a rail strike that could limit coal deliveries and prop up gas demand. The possible return of cold weather in December have also provided momentum for prices. 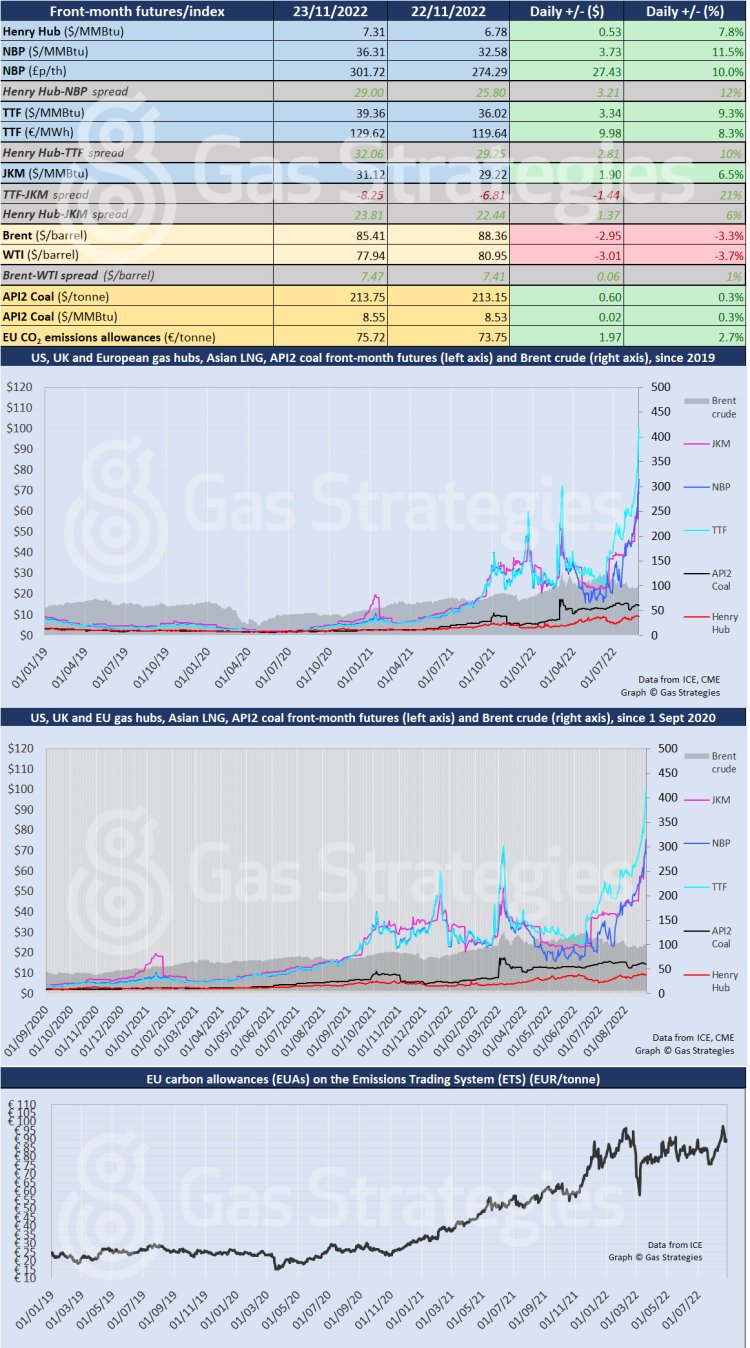