After a surge earlier this week, European gas prices eased on Thursday, as the EU energy council agreed to implement measures discussed in October to ease the surge in natural gas prices.

In particular, the ministers have agreed to jointly purchase 13.5 Bcm of gas next winter, to develop circuit breakers for intra-day derivatives trading, as well as to develop a new LNG benchmark.

EU Commissioner for energy Kadri Simson said in a tweet at a press conference after the meeting: “The current most popular benchmark, TTF,  no longer reflects the situation on the EU gas market & a complimentary instrument is needed.”

Meanwhile, NBP front-month contract on Thursday slid by 2.6% to USD35.36/MMBtu, as the share of electricity generated by wind in the UK rose to 40%.

As for Henry Hub, JKM and API2 coal, prices remained unchanged on Thursday due to the Thanksgiving holiday in the US. 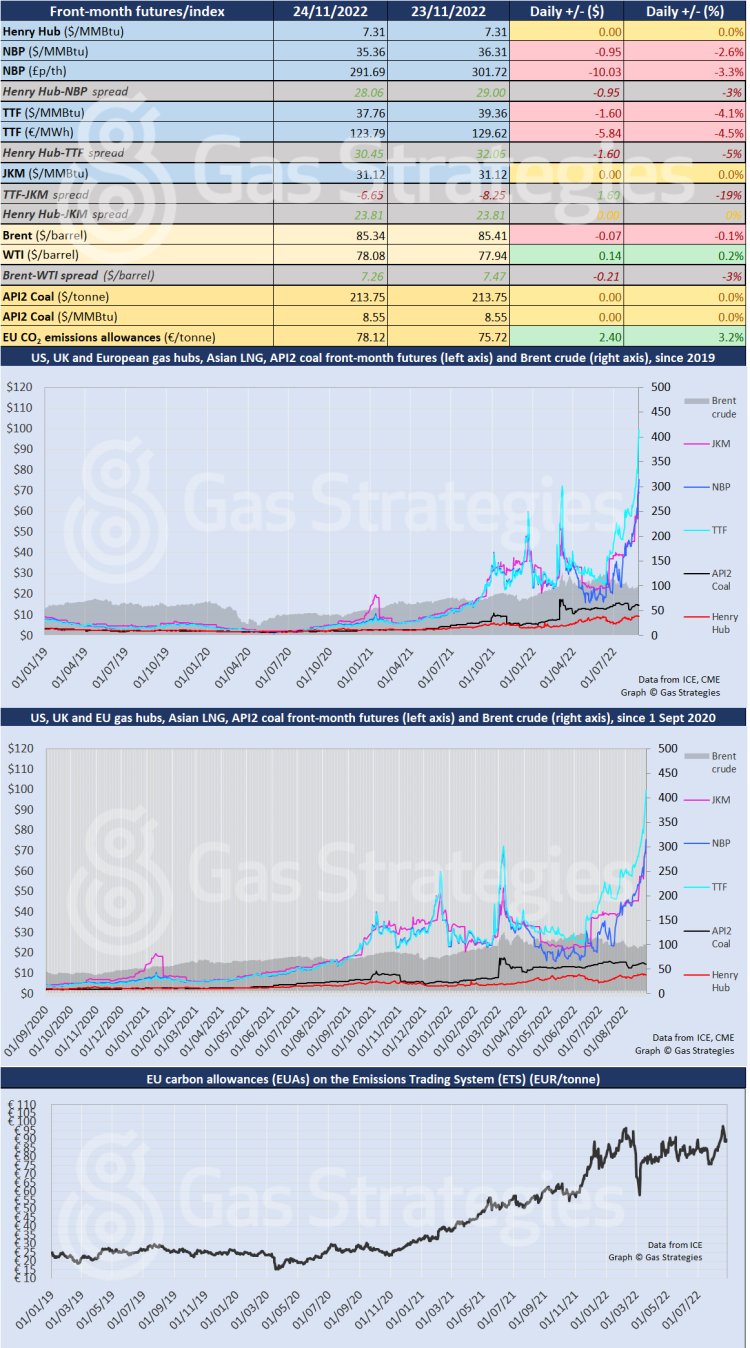