European gas prices were on the up again on Monday after the threat of Russia further curtailing gas supplies diminished.

Gazprom said in a Telegram post on Monday that Moldovagaz “has eliminated the violation of payment” for November supplies, which led to Gazprom deciding not to reduce flows of gas via the Sudzha route to Moldova.

Gazprom had threatened to reduce gas supplies to Moldova last week, when the firm accused Ukraine of keeping some of the gas in its territory that was supposed to reach Moldova. The announcement sent European natural gas prices flying, despite strong wind throughout most of the continent increasing power generation from renewables.

Moldova has since clarified that the gas that did not reach its territory has been sent to be stored in Ukraine due to lower heating demand.

Over the pond, the US Henry Hub front-month contract dipped 4.4% to USD 6.71/MMBtu. The slump was driven by forecasts for milder weather and estimates of strong production to start the week.

Oil benchmarks pulled back from their lowest levels in nearly a year on Monday, with WTI ending positive boosted by talks of an OPEC+ production cut that offset concerns about strict COVID-19 curbs in major oil importer China. 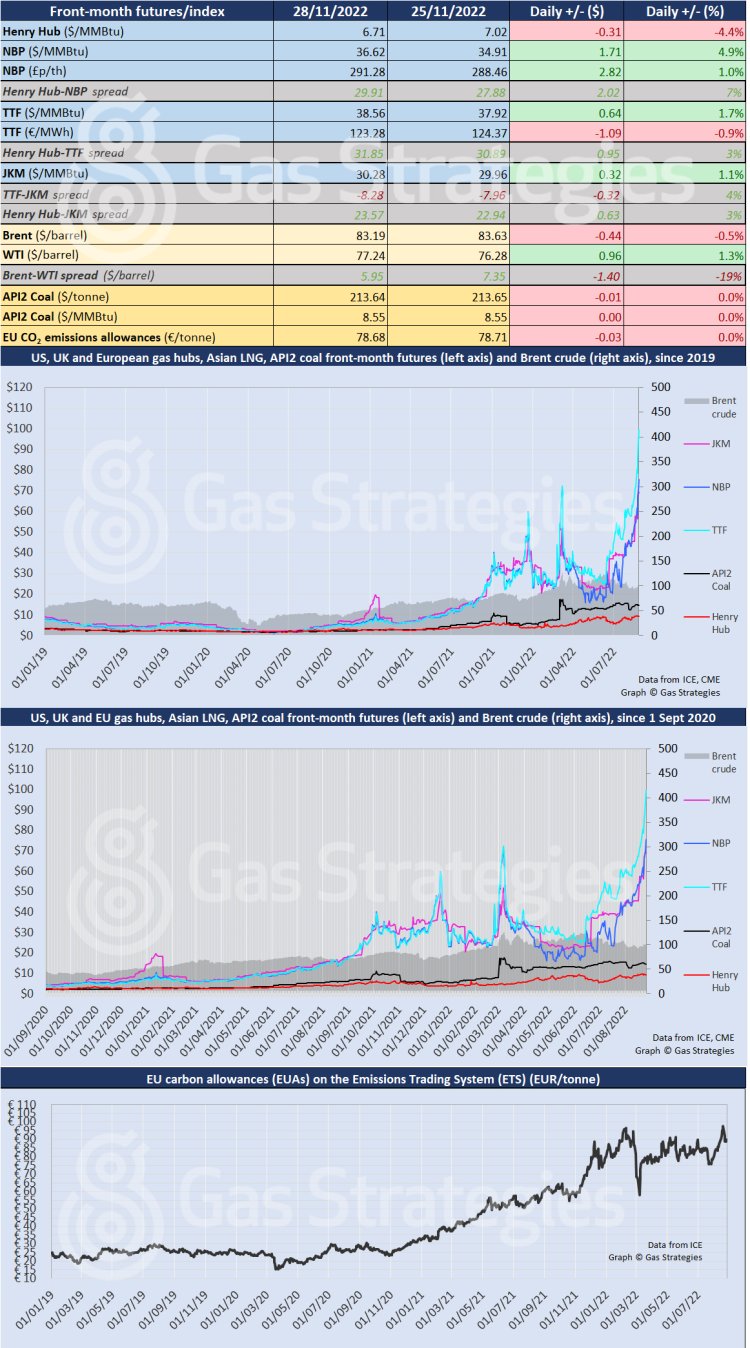