European gas benchmark TTF hit a five-month high on Tuesday, pushed higher by Gazprom continuing to cap flows on the Nord Stream 1 (NS1) pipeline and signs that Asian buyers are upping LNG purchases ahead of winter.

The September-dated TTF contract settled 1.4% higher on Tuesday at the equivalent of USD 61.3/MMBtu, marking the benchmark’s highest close in USD/MMBtu terms since 8 March.

Prices have been pushed higher by Gazprom curbing NS1 flows to ~20% of the pipeline’s capacity. Asian LNG buyers stepping up LNG purchases has increased competition for cargoes, helping push European gas prices even higher. Additionally, maintenance activity across the UK Continental Shelf has also reduced supply to the UK market.

The tussle for LNG cargoes has also pushed JKM higher. The Asian LNG marker closed 1% higher on Tuesday at USD 45.28/MMBtu – maintaining its premium over NBP.

In the US, natural gas benchmark settled in the USD 7/MMBtu range for the first time since 21 July. The drop was pinned on forecasts suggesting cooler weather across much of the US in the coming weeks.

As for oil, prices made a minor recovery ahead of OPEC’s latest monthly meeting later this week. Brent settled 0.5% higher, with WTI up 0.6%. 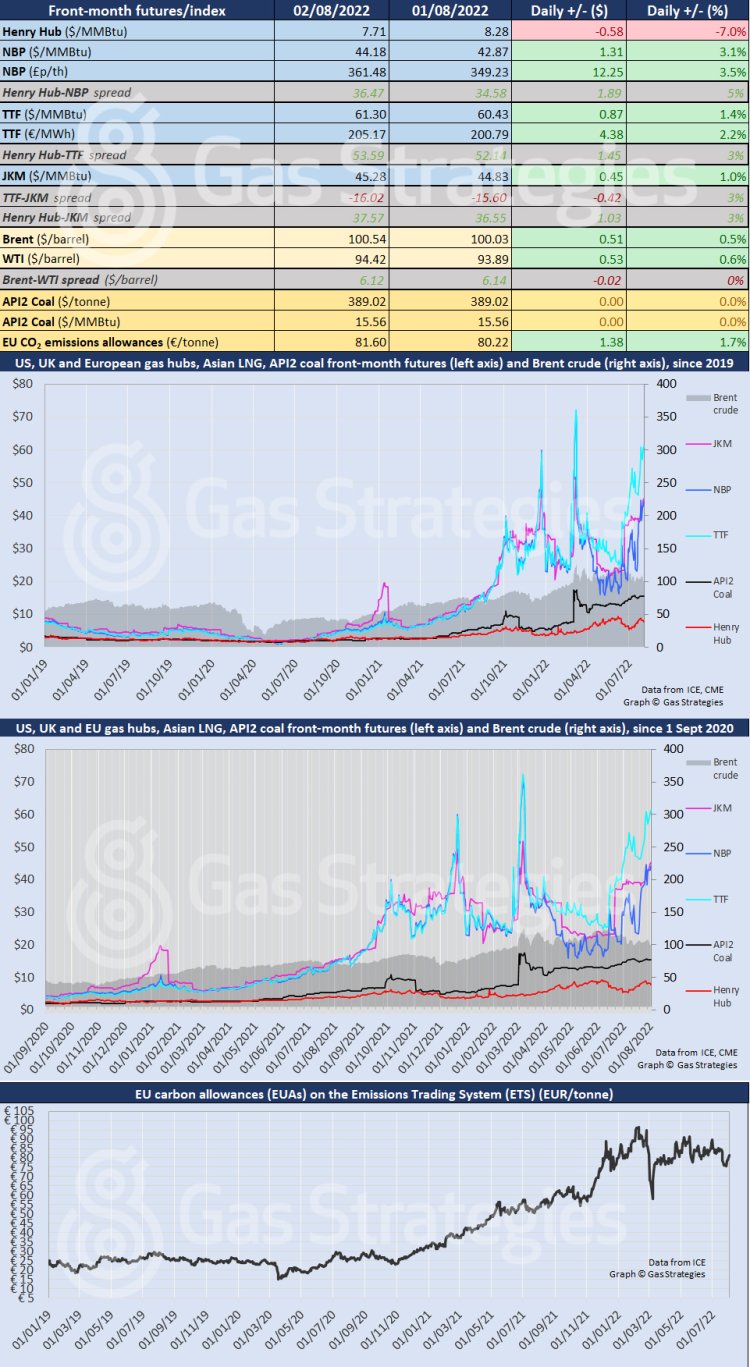