Canada boasts considerable gas resources – about 573 Tcf of technically recoverable shale gas resources – the fifth largest in the world according to the EIA. With production levels continuing to surpass domestic requirements, and the shale gas revolution changing the face of the US, Canada’s traditional export market, a large potential gas resource is now stranded in the west and east of the country. Companies with upstream positions in Canada are now seeking alternative export routes.

The combination of this surplus of gas with a long history of gas and oil exploitation, modern infrastructure, openness to foreign investment, and most importantly, an ideal geographic location to serve both Asian and European markets – has led to a large number or proposals for LNG export projects. At last count, there were more than 25 proposed projects with a total capacity of more than 350 mtpa, from a mixture of established LNG players and new, entrepreneurial developers. While these are mainly located on Canada’s West coast, these include four proposed projects on the East coast of Canada.

However, despite being under development since as early as 2006, no Canadian LNG export project has yet taken FID. On the West coast, challenges relating to the cost of construction, difficult sites and long, expensive pipelines to link to gas resources, negotiations with the indigenous First Nations peoples, and delays in environmental approvals initially slowed progress. More recently, the uncertainty created by low oil prices together with difficulties in securing firm offtake contracts in a weak market have caused further delays, and brought into question the viability of many of the proposed projects.

In Eastern Canada offshore gas production is declining in Nova Scotia, and due to public concern, there are moratoriums on fracking in place in Nova Scotia, New Brunswick and Newfoundland and Labrador. The four LNG export projects under development on the East coast have been hampered by questions over gas sources, as well as wider market and price uncertainty.

Find out more about our work in: Africa, Asia & Australia, Europe & Middle East, Latin America and the USA. If you would like more information, please contact us.

Return to the Consulting page 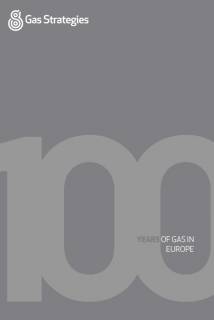