US gas benchmark Henry Hub slumped to a two-month low on Friday, pushed lower by increasing gas production and expectations of mild weather across the Lower 48.

The December-dated Henry Hub contract fell by 7% on Friday to close at USD 4.79/MMBtu – its lowest close since 6 September.

Across the pond, European gas prices continued to rally amid supply concerns after Belarus’ President Alexander Lukashenko on Thursday threatened to cut off gas supplies via the Yamal pipeline, if the EU imposes sanctions in response to the migrant crisis on its border with Poland.

The December-dated TTF and NBP contracts spiked on Monday ahead of the latest capacity auction results. However, prices started to fall after the results were announced at 11 am GMT.

One trade source told Gas Matters Today that the market reaction to the auction result was “very, very muted” considering the lack of capacity bookings. The source suggests the auction result could indicate that some market participants expect the Gazprom-led Nord Stream 2 pipeline to come online next month.

As for crude, prices slipped on Friday amid a strengthening US dollar and reports suggesting the Biden administration may release some oil from the US Strategic Petroleum Reserve in a bid to tame rising fuel prices. 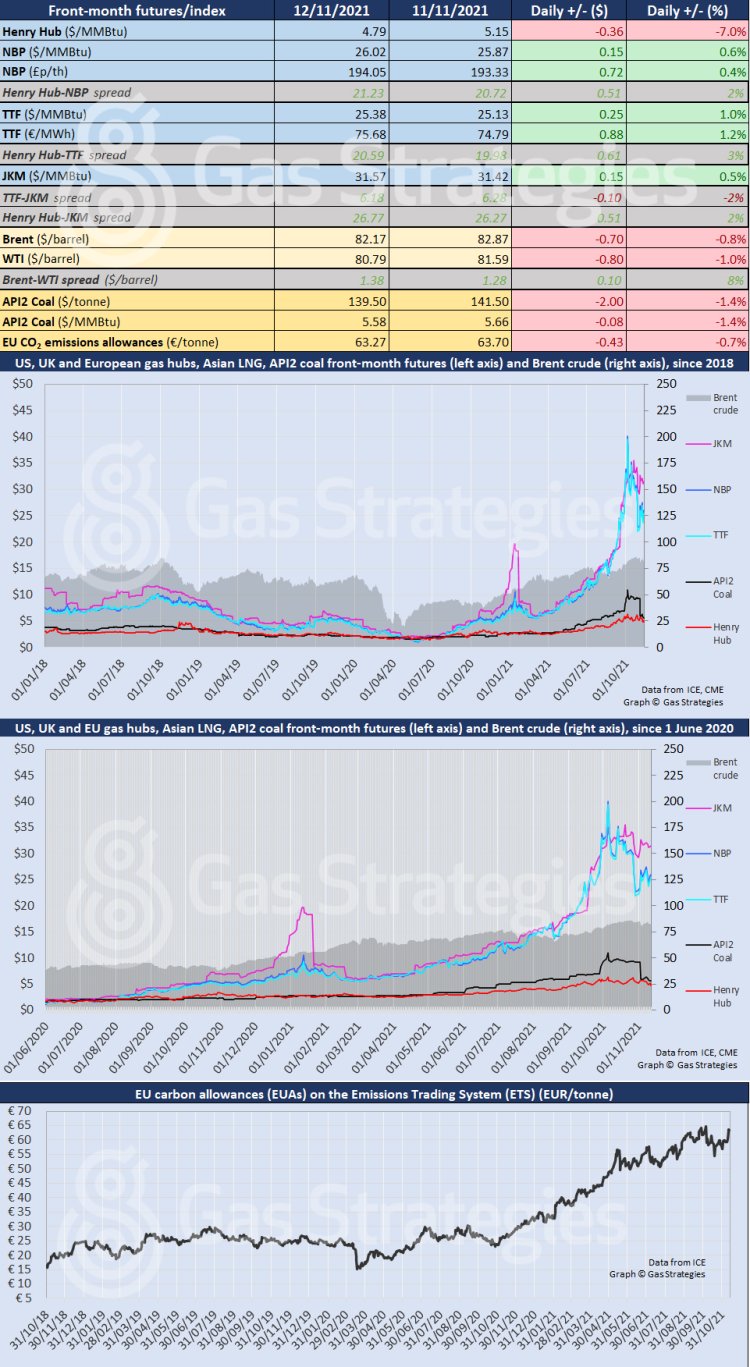