European gas prices recorded strong gains on Monday, with prices pushed higher by a cold snap sweeping much of the continent and supply concerns.

The front-month NBP and TTF contracts closed 8% and 6.1% higher respectively, with the UK marker settling at the equivalent of USD 31.96/MMBtu. The Dutch gas benchmark settled at USD 30.84/MMBtu.

The rally was prompted by colder weather and supply concerns. During Gazprom’s Q3’21 results on Monday, the firm’s executives would not comment on when the Nord Stream 2 pipeline may start operations. Gazprom has previously said it will export 183 Bcm of gas to Europe this year, however many market observers suggest the firm will fail to hit the target.

With cold weather rolling in, withdrawals from Europe’s gas storage sites have been surging since the start of November. During the results call on Monday, Gazprom’s executives said gas storage levels in Europe – as of 27 November – stood at 75.25 Bcm, markedly lower than the six-year average of 90.73 Bcm.

Across the pond, US gas benchmark Henry Hub stumbled as the contract rolled over to January. The January-dated contract closed 10.9% lower compared to the final day of trading on the December-dated contract. The fall was pinned on forecasts for mild weather and concerns over the new Coronavirus variant – known as Omicron – which some market participants think could hit gas demand.

Crude prices rebounded slightly to erase some of the losses recorded on Friday. News of the Omicron variant sent oil tumbling on Friday, however market participants deemed Friday’s plunge as overdone given the lack of data concerning Omicron. 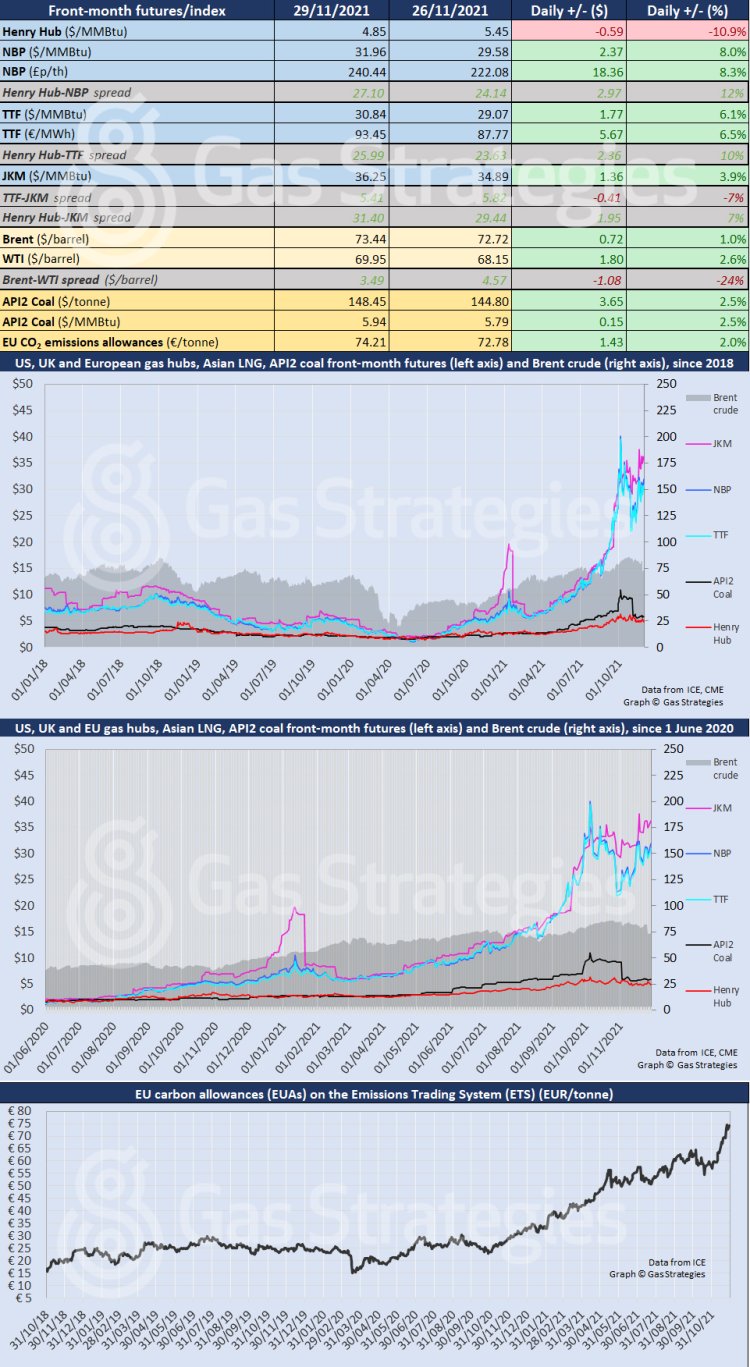