It was a bearish end to November, with crude prices falling back again on concerns over the ability of existing Covid-19 vaccines to effectively protect against the Omicron variant, while gas prices in Europe settled lower as temperatures were expected to be milder than average for a couple of days.

As some governments accelerate the rollout of booster jabs and impose new restrictions to combat the spread of the Omicron variant, which is thought to be more transmissible than other Covid-19 variants but to cause milder symptoms, the manufacturers of vaccines appear divided over their effectiveness against the new variant, which has weighed on trading sentiment.

On Tuesday, the CEO of Moderna, Stephane Bancel, predicted that existing vaccines will struggle with Omicron, but Ugur Sahin, the boss of BioNTech, which manufactures the Pfizer vaccine, said he was not “particularly worried” and that he was only concerned over “the fact that there are people that have not been vaccinated at all.”

Meanwhile, gas prices in Europe posted marginal losses on Tuesday, with the front-month Dutch TTF contract shedding just 24 cents to close at USD 30.61/MMBtu, while the UK NBP was down 38 cents to USD 31.57/MMBtu.

After wintry condition experienced by many parts of Europe in recent days, temperatures were forecast to be slightly milder than normal on Wednesday, but were expected to return to below average levels on Thursday. 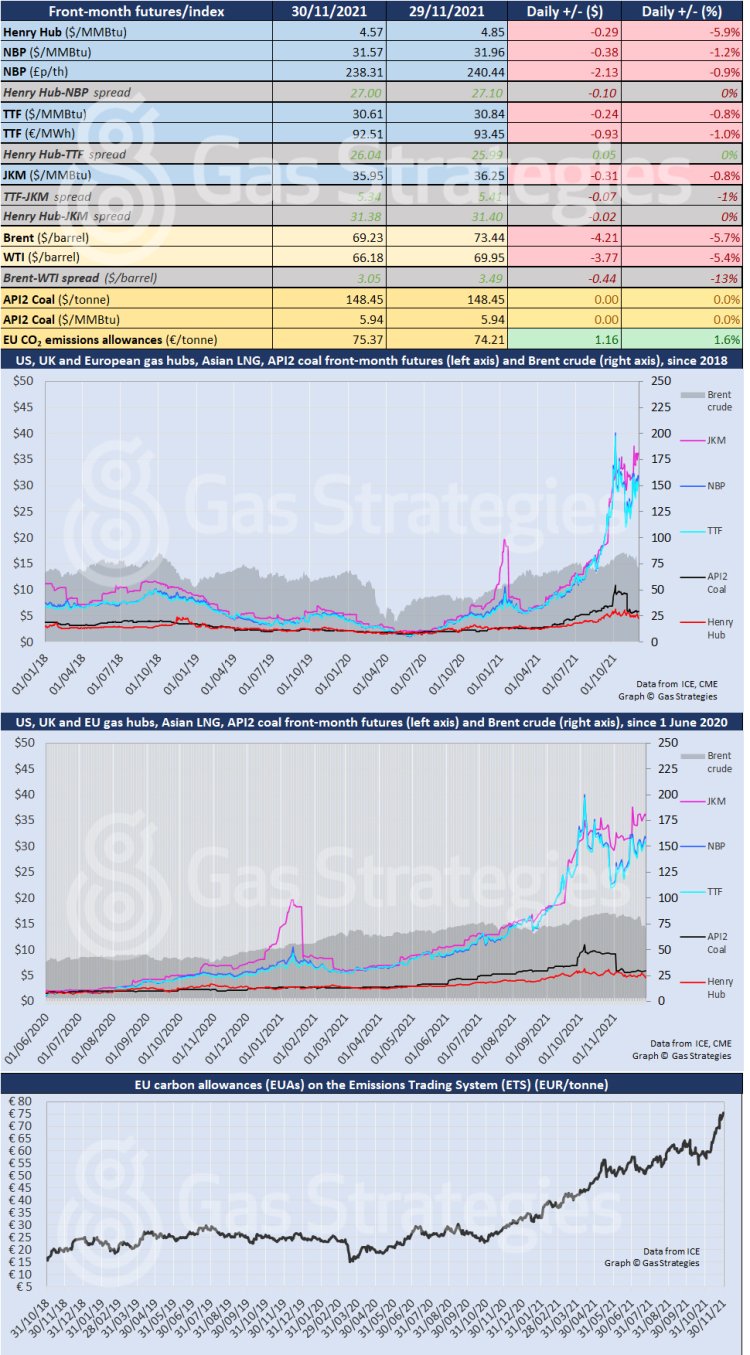