US natural gas futures surged on Monday on expectations of colder weather, concerns of a possible rail strike which is expected to disrupt coal deliveries, as well as clarity on the resumption of operations at Freeport LNG.

Henry Hub soared 7.5% to USD 6.78/MMBtu as stronger heating demand boosted prices. Worries of a possible rail strike which would disrupt coal deliveries and force power generators to burn more gas also lent support to prices. According to Reuters, workers at the largest US rail union voted against a tentative contract deal reached in September, raising the possibility of a year-end strike that could cause significant delays of shipments of fuel.

The jump in Henry Hub front-month futures contract was also facilitated by clarity on the restart of Freeport LNG. The firm has postponed the partial resumption of operations from November to mid-December – if regulators approve. 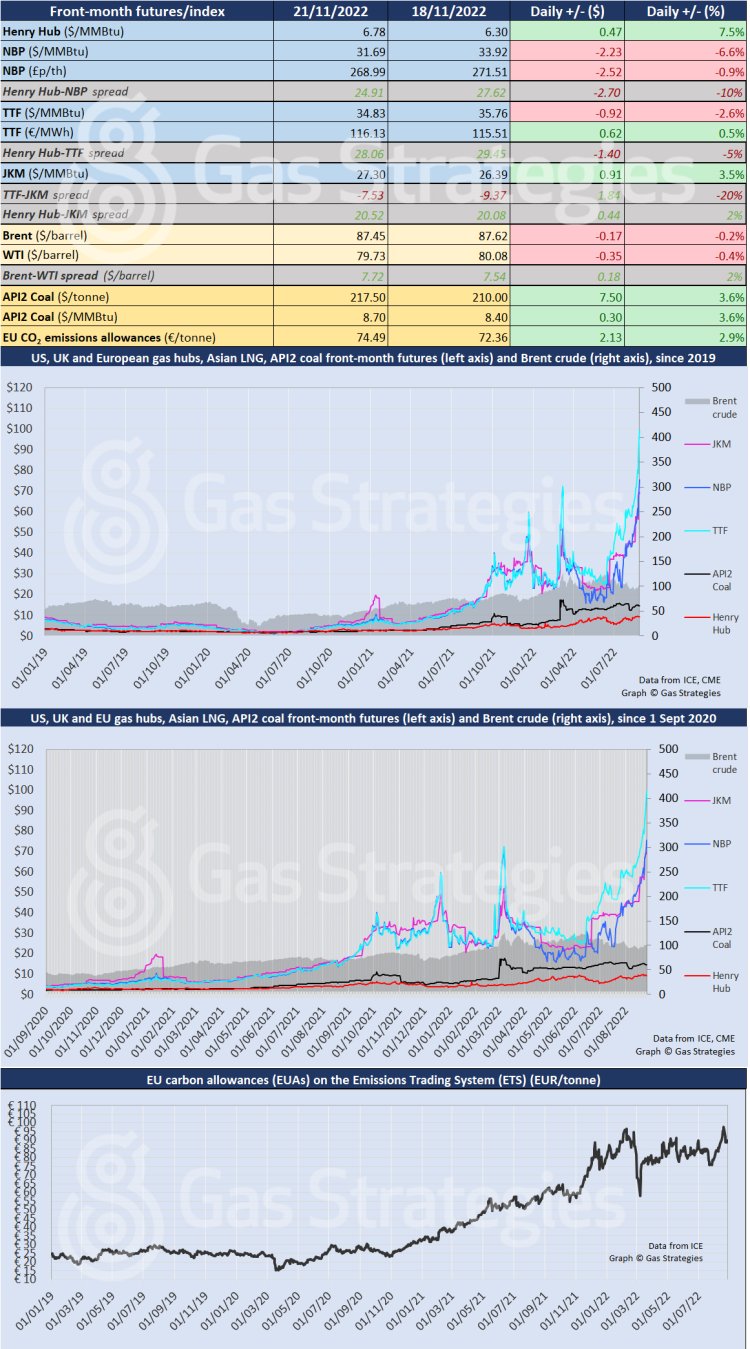