As oil prices gyrate violently from one extreme to another, more records are tumbling. Month-ahead Brent and WTI futures both recorded their strongest ever day of gains on 2 April 2020, soaring more than 20% to settle at USD 29.94/barrel and USD 25.32/barrel after US president Donald Trump raised hopes of a deal to end the Saudi-Russia oil war. Notably, the price of both commodities has held up this morning, with Brent gaining as much as 10% during intra-day trading on Friday, despite growing doubts around the credibility of the president’s claims.

Records also fell in the natural gas space, as US natural gas benchmark Henry Hub struck a new multi-decade low on Thursday, falling 2.2% to USD 1.55/MMBtu. Henry Hub has not settled at or below this price since the start of the millennium, amid resilient production, rapidly falling demand due to the economic impacts of Covid-19, high gas storage levels and the onset of warmer weather. 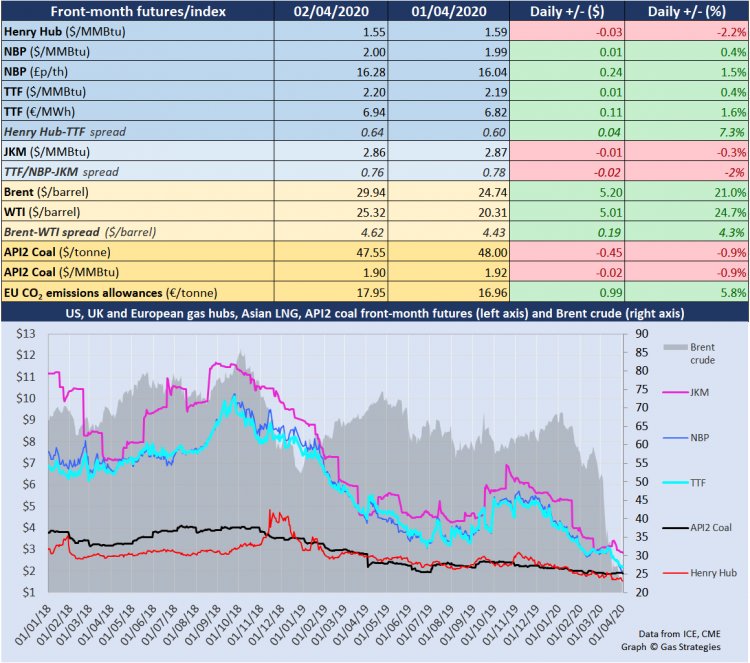